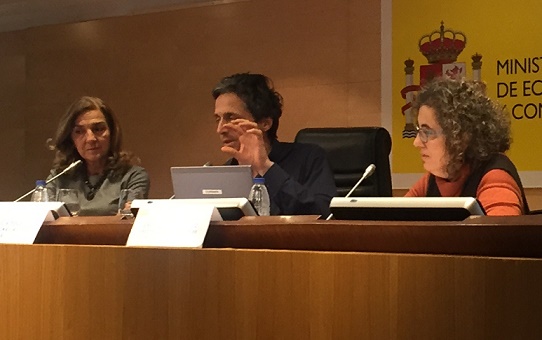 The Spanish State Department of RDI (research, development and innovation) has promoted the creation of a new network of European projects for gender equality in science. The general goal of this initiative is to facilitate the exchange and dissemination of information, good practices and recommendations between the projects dedicated to gender and science in Spain that have European funding, in addition to increasing dialogue, cooperation and coordination between the Spanish research organizations that are participating in international projects.

The network will be coordinated by the Women and Science Unit of the Spanish Ministry of Economy, Industry and Competitiveness, with the support of the Spanish Foundation for Science and Technology (FECYT). It will be composed of representatives of the 19 Spanish projects funded by the European Horizon 2020 program, or by the last two years of the 7th Framework Programme. Three European projects of Gender & ICT are included in this network: GenPORT, GEDII and EFFORTI, together with the initiatives GenderTime, Genovate, Egera, Gender-Net, RRI Tools, Trigger, FoTTRis, Genera, Heirri, Hypatia, Libra, Plotina, Geecco, Genderaction, Gender-Net Plus and Target.

The representatives of these projects met in Madrid on 8 March 2017 to discuss their ideas and contributions to achieve an effective equality in the participation of women and men in research and innovation. Among other measures, the projects address the elimination of barriers to gender equality through training and the improvement of procedures for the selection and promotion of female researchers, seek the eradication of sexual harassment, promote that the results and applications of research benefit both women and men’s interests and needs, or work to improve the monitoring and evaluation systems for gender equality plans.