SCIENTIFIC POLICIES FOR THE ACCESS AND PROMOTION OF TALENT 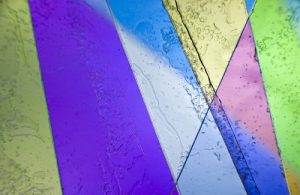 The aim of this project is to assess the implementation of gender equality policies on higher education organisations in two specific aspects: on the one hand, testing the accomplishment of the Law 14/2011 of Science, Technology and Innovation, that the composition of the governing bodies of universities will conform to the principles of balanced presence of women and men. We look at the composition of management teams rectorships -women represent only 6.2{973f38f2103d51d876dca70e6831e30c6a586ba395c130b41c97ba08f8704c0a} of Rectors, but 41,8{973f38f2103d51d876dca70e6831e30c6a586ba395c130b41c97ba08f8704c0a} of Vice-Retors- disaggregating the roles of Vice-rectories of 44 Spanish public universities, in order to capture direct and indirect discrimination, specifically how tasks and functions are distributed between men and women in terms of  the traditional sexual division of labor between the Rational and the Emotional. On the other hand, we analyze the configuration of gender equality bodies -in terms of relevance and visibility in the policy of the university- and the content of gender equality plans in Spanish public universities –rationale, conceptual gender approach, objectives and implementation-.

Our research question is about the effectiveness of gender equality policies, specifically if behind the rethoric of gender equality discourses, lack of implementation ends up reproducing inequality. The outcomes of this project will bring light about the design of a gender agenda in higher education and contribute to persuading te academic community to a more balanced and fair playing field. Therefore, GENERA intends to help the transformation of structures and cultures in higher education institutions to generate more opportunities for women in order to strengthening the knowledge economy.