CHALLENGES AND OPPORTUNITIES FOR ITS IMPLEMENTATION 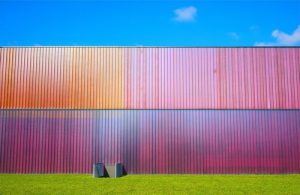 Since its emergence in the mid-90s, gender mainstreaming has become the main mechanism for the introduction of gender dimension at all levels, decisions and agents of Catalan and Spanish universities and public institutions. Instead of being a punctual and isolated measure, mainstreaming is a set of strategies aimed to produce a cultural and structural change in society in order to promote an effective equality between women and men.

After a few years of its implementation, it is important to reflect on the strengths and weaknesses associated with the introduction of gender mainstreaming in our context. Likewise, it is also necessary to consider to what extent it has been an effective mechanism for transforming traditional gender dynamics and which future lines we should follow in this direction.

This seminar aimed to open a space for debate and reflection on these issues from the experiences of a group of experts from Catalan and Spanish universities and public institutions.

Visit the symposium website for more information on the programme and speakers.