THE GENDER GAP IN THE STUDIES OF SCIENCE, TECHNOLOGY, COMPUTING AND LANGUAGES: 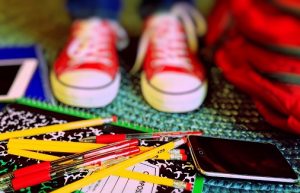 Despite the high participation of women in university studies and scientific fields, women are particularly underrepresented in STEM (Science, Technology, Engineering and Mathematics) related careers. Similarly, men are underrepresented in the studies and occupations within the fields of humanities and social sciences. This underrepresentation pattern has been constantly documented by researchers from many different western and non-western countries (Eccles-Parsons et al, 1983; Eccles, 2007; Nagy, Trautwein, Baumert, Köller and Garrett, 2006; López-Sáez, Puertas, and Sáinz, 2011; OECD, 2012; Watt, 2010; among others). Furthermore, women are more likely to concentrate in lower status and power STEM professions and positions and other low-status non-STEM professions.

In Spain women account for the 26.27% of the university enrolments in technological fields (Instituto de la Mujer, 2013). However, they are highly represented in the studies of humanities (63.56%), social sciences (60.85%), health (71.36%) and natural sciences (54.2%). As many of the most prestigious and managerial jobs are related to technology, this field continues to be a male-dominated setting where women tend to occupy positions entailing less status and power. It also means that women hardly participate in the design and production of technological services and tools. Similarly, there is a dearth of men in occupations such as nursing or primary school education.

This subject matter has been vastly documented by the international scientific community and continues being a topic of concern for both scientists and policymakers. Jacquelynne Eccles’ and collaborators’ (Eccles-Parsons et al., 1983) expectancy and value theory of achievement-related choices has inspired a lot of international studies about this phenomenon. Some other motivation-based theories, such as Albert Bandura’s social cognitive theory (Bandura, 1997; Bussey & Bandura, 1999), as well as gender socialization theories, such as Jacquelynne Eccles gender socialization framework (Eccles, 1987) or Sandra Bem’s theory on gender schemas (1986), have also provided empirical support to this phenomenon. They share the common premise that men and women continue making career-related decisions congruent with gender roles and stereotypes.

EXPECTANCIES had the following main objectives:

>> Back to Past projects