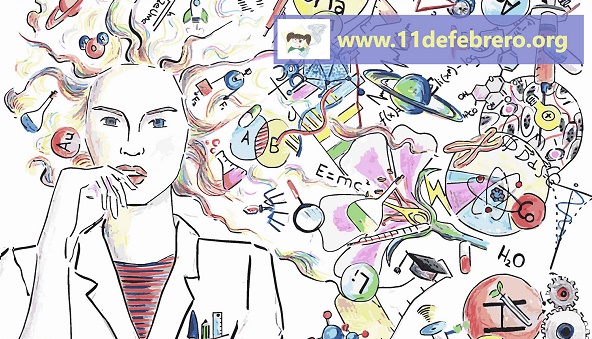 Achieving gender equality and women’s full and equal access and participation in science, technology and innovation is nowadays a challenge for the international community and a core issue for the United Nations. In order to tackle the low representation of women in science and enhance the empowerment of women and girls in the STEM fields, on 22 December 2015 the UN General Assembly adopted a resolution to establish the 11 February of each year the International Day of Women and Girls in Science.

On the occasion of this day, Gender and ICT has organized several educational workshops with secondary education students, aimed at raising awareness about the existing gender stereotypes around scientific and technological careers and occupations. The activities will take place on 14 February at the Secondary Education Center Miguel Delibes, in Madrid, which has been collaborating in diverse GenTIC research projects.

In the workshops, the students will define the ideal characteristics of people working in fields such as Medicine or Engineering, and will imagine the profession of relevant scientific women who appear in different photographs. Sharing their ideas in the classroom will facilitate their reflection on the gender biases that emerge in our visions of the STEM professions, as well as making visible the important contributions of prominent women scientists and technologists.

Among other research lines, Gender and ICT analyzes the influence of academic sexism and gender stereotypes in adolescents’ and young people’s educational choices. The activities scheduled on the International Day of Women and Girls in Science are part of the research project ESTEREO (“Challenges to the persistence of gender roles and stereotypes in the choice of higher education studies from a longitudinal approach. The role of families and teachers”), funded by the Spanish Ministry of Economy and Competitiveness (Ref. FEM2014-55096-R), with Milagros Sáinz as principal investigator.

To find more activities programmed around the world on the International Day of Women and Girls in Science visit the 11 de febrero website.