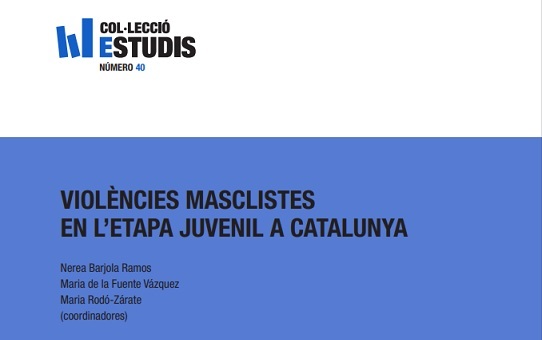 Commissioned by the Catalan Youth Agency, the study has been coordinated by Maria Rodó-Zárate, a researcher and Serra Hunter Fellow at the University of Barcelona, and carried out with the collaboration of GenTIC researcher Natalia Garrido and the IN3 researcher Claudia Malpica. The research analysed intergenerational differences and inequalities in relation to gender-based violence by comparing young women with women of other age groups and explored the influence of variables such as having a partner and ex-partner, and childhood. Data regarding who is the perpetrator and the explanatory factors of gender-based violence are also analysed. Finally, the study considers the differences in perceptions of machismo, both between women and men and between different age groups.

Findings show that young women without a partner are the most affected victims. Also, there is a higher prevalence of gender-based violence towards financially dependent young women, female students, or women in employment, as well as towards women with functional diversity. Another interesting conclusion of the study is that there are various forms of gender-based violence that young people do not perceive as violence, such as controlling what the partner is doing and with whom at any time, not allowing them to talk to other men or stopping them from meeting friends or family.

The full publication is available at this link.

This research is part of a compendium of studies on gender-based violence in youth published by the Directorate General of Youth of the Government of Catalonia and coordinated by Nerea Barjola Ramos, Maria de la Fuente Vázquez and Maria Rodó-Zárate which can be accessed on this website: https://dretssocials.gencat.cat/ca/detalls/Article/estudis40