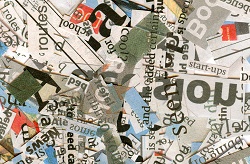 2022, September 13. UOC News. Universities can do more to support their students with disabilities. Efrem Melián, doctoral student in Education and ICT at the UOC, and Julio Meneses, researcher at GenTIC and associate professor at the UOC’s Faculty of Psychology and Education Sciences, talk about their recent study to explore the experiences of students with disabilities at the UOC to understand the potential and possible shortcomings of online education.

2022, July 21. IN3 Blog. Desired immobility and hypermobility. Alisa Petroff, a postdoctoral researcher at GenTIC, summarizes in this IN3 Blog post the findings of her research on the labour trajectories of skilled migrants in the IT sector and the dynamics of digital platforms in the gig economy.

2022, July 15. VilaWeb. ‘Sugar daddies’: una forma de prostitució que arriba per TikTok? GenTIC researcher Marta Roqueta is interviewed in this article by Marina Arbós to reflect on how social networks have contributed to the popularization of ‘sugar dating’ relationships.

2022, July 1. UOC News. Health, equity and gender: can digitization narrow the gaps in access to healthcare? Summary of the key insights shared in the webinar Exploring the nexus between health, equity, and gender, organized by the global cluster of universities for Sustainable Development Goal 3, led by the UOC through its eHealth Center and the International Association of Universities (IAU). GenTIC researcher Lídia Arroyo was one of the invited experts who participated in this webinar to reflect on how equity is related to health and, specifically, what the relationship between gender equity and health is. (English) (Catalan) (Spanish)

2022, June 22. elDiario.es. La brecha salarial, esa discriminación de las mujeres que “existe” y en la que “está en juego la propia democracia”. Chronicle by Belén Ferreras on the I Congreso sobre Brecha Salarial [1st Congress on the Gender Pay Gap]. In this event, organized by the Department of Labor and Employment of the Basque Government in Bilbao on June 22-23, the director of GenTIC, Milagros Sáinz, gave an invited conference on gender bias in the study choices and the influence of gender roles and stereotypes.

2022, June 16. IN3 Blog. The UOC is taking part in the development of a European certificate for gender equality in research and innovation. Blog post by Lorena Farràs about the H2020 project CASPER, which has explored three possible scenarios for a future European certification or recognition system for promoting gender equality in research and innovation. GenTIC researchers Jörg Müller, Lídia Arroyo and Rachel Palmén have been part of the CASPER project research team.

2022, May 30. UOC news. Women make up only a third of Europe’s research staff. In this article by Lorena Farràs at UOC News, Jörg Müller talks about the CASPER project’s work to improve gender equality in research and innovation by studying the feasibility of implementing diferent certification systems in the European Union. (English) (Catalan) (Spanish)

2022, April 29. La Vanguardia. La infravaloració de les mateixes dones llasta el seu accés als graus tecnològics. The director of GenTIC, Milagros Sáinz, reflects in this article by Josep Fita in the newspaper La Vanguardia on the factors that explain the lack of women in technological studies and occupations, such as the tendency of girls to underestimate their abilities in technological fields and the lack of female referents with which they can identify in these areas. (Catalan) (Spanish).

2022, April 7. IN3 Blog. Gender bias in Wikipedia. Blog post co-authored by Julio Meneses, a researcher at GenTIC and professor of Psychology and Educational Sciences at Universitat Oberta de Catalunya (UOC), David Ramírez-Ordóñez, PhD student of Information and Knowledge Society at UOC, and Núria Ferran-Ferrer, a professor of the University of Barcelona, on diverse research projects on Wikipedia and gender: “WAWW – Where Are the Women in Wikipedia?” (2018), “Women & Wikipedia” (2021), and the doctoral research: Wikipedia and gender.

2022, March 30. SPEAR project blog. What can we expect from an EU certification scheme for gender equality? Some reflections from the CASPER project. Blog post by Jörg Müller, a senior researcher at GenTIC and member of the H2020 project CASPER, on the CASPER research findings regarding the feasibility of establishing a European award/certification system for gender equality for Research Performing Organizations.

2022, March 16. Horizon. The EU Research and Innovation Magazine. Addressing gender inequalities in research through institutional change. Jörg Müller, a senior researcher at GenTIC and coordinator of the H2020 project ACT, is interviewed in this article at Horizon. The EU Research and Innovation Magazine of the European Commission, to talk about persistent gender imbalances in academic and research organisations and how to address institutional change.

2022, March 16. LA VANGUARDIA. Educación crítica para desmontar los estereotipos. Article by Milagros Sáinz, director of GenTIC, on the role of education, both by families and teachers, to dismantle gender stereotypes and promote equal opportunities in study and occupational choices.

2022, March 15. LSE Impact Blog. As gender equality becomes a priority for EU research funding, does Europe need Athena SWAN? Blog post co-authored by Jörg Müller, a senior at GenTIC, and Charoula Tzanakou, senior lecturer at Oxford Brookes University, on the lessons learnt from the international experience of implementing the Athena SWAN charter for establishing a European certification on gender equality in research organisations. Based on the study carried out in the framework of the H2020 project CASPER.

2022, January 17. UOC News. From self-confidence to empathy: interpersonal skills are key to social innovation in organizations. Article at UOC News about the results of the transnational study coordinated by Lídia Arroyo in the framework of the +RESILIENT project. The research identified and analysed the individual skills and the organizational factors that are relevant to promote inclusive social and digital innovation in resilient organisations. (English) (Spanish) (Catalan)

2022, January 13. Fundació Bofill. “Si ho deixem tot a la inèrcia, les nenes no es dedicaran a la tecnologia”. In this article by Mireia Rom for the Fundació Bofill blog, Milagros Sáinz talks about the influence of gender stereotypes and academic sexism in the persistent gender gap in STEAM fields.